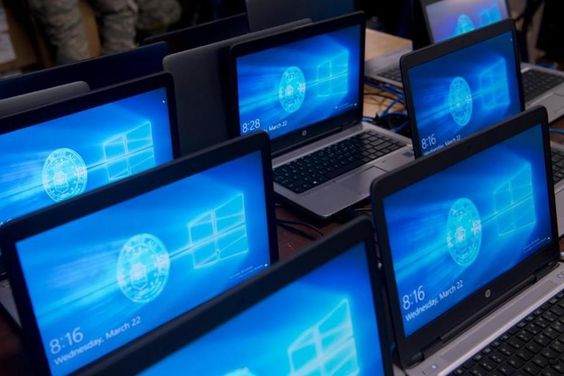 Protecting your PC is something you should definitely prioritize. Fortunately, your Windows 10 PC is already partially protected with its built-in Windows Defender. Microsoft gave its pre-installed antivirus a massive upgrade in 2018, which added a sandbox mode to Windows Defender, effectively making it both an antivirus and an anti-malware software. As a result, your device is generally safe not only from viruses, but also from malicious code. That is, if you have Windows Update enabled (so that Windows Defender can update, too).

However, Dallas News tech reviewer Jim Rossman notes that Windows Defender can’t actually do it all. Despite the aforementioned sandbox upgrade, some malware can, from time to time, still get through Windows Defender. This is why we covered installing a second antivirus software in our post entitled 6 Things You Must Do When You Get a New PC, which you can set to run in the background as your PC’s second layer of protection. With that being said, choosing the right antivirus software for Windows 10 becomes a prime consideration.

Factors to Consider When Choosing an Antivirus

When choosing your PC’s second layer of protection, you will need to:

1. Search for all-inclusive protection. Even if it’s your second antivirus software, it’s best to get one that offers more than just virus protection. It should also offer protection against ransomware and cyber crime.

2. Look for real-time automaticity. The best antivirus software are those that can do the job without having to be prompted. That means updating automatically to get the latest improvements and scanning in real-time to detect and contain threats.

3. Find the extras. A lot of antivirus software comes bundled with additional tools, like password wallets and parental control options. Linsey Knerl from HP recommends getting an anti-virus with a VPN so that you can access a secure network both at home and when on the move. Look for one that has these tools included, so you can maximize the software’s use and hopefully end up paying less in the long run.

4. Read the reviews. Reviews can guide you in making your choice. So, leverage them as best you can. Chances are they’ll contain all the information you’ll need to shortlist your choices to the best two or three.

5. Check for compatibility. Finally, before you make a choice, take note that some antivirus software has system requirements. So, check first if your computer meets the requirements of your desired antivirus.

Given the above considerations, here are three antivirus software to consider:

If you’re looking for something free, Panda Antivirus may be appealing to you, as it is great for users on a tight budget. Not only is it free, but it also offers an excellent set of cybersecurity features such as real-time internet security, USB protection, and a free PC recovery system.

Free like Panda, Avast is considered as one of the best antivirus software for users who frequently visit sites that may harbor malware. It also features an expansive antivirus suite, which means it can offer comprehensive protection to your PC. Avast is even programmed to suspend non-critical functions and dismiss pop-ups, so that you can game or work without worrying about lag or annoying ads.

Bitdefender Antivirus Plus is Express’ antivirus of choice for Windows 10 as it scored 100% in 17 of 20 reports. This means that it offers exceptional protection against numerous viruses and malware. That’s thanks to Bitdefender’s impressive core antivirus engine that can detect and block viruses and malicious links. It also has a rescue mode, social media and online payment protection, and password management.

Don’t over complicate the process of choosing a second antivirus software. Follow the tips discussed above, consider the options given, then can you decide, download, and install the security software you need.