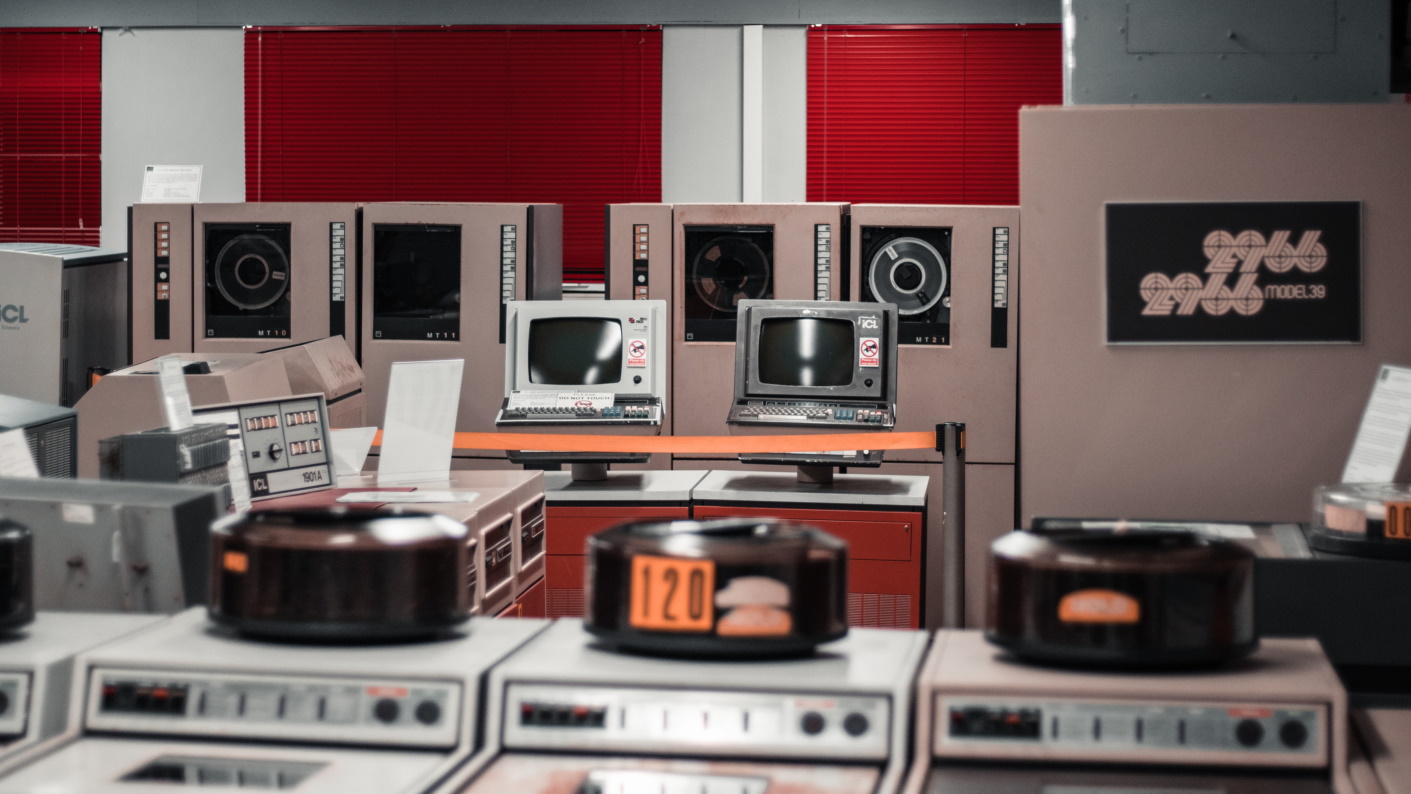 When you hear the term “big iron”, this usually refers to mainframe computers, machines that typically live inside of large cabinets. You would think that we’re talking about a supercomputer, right? Actually, no. Mainframes are defined a little differently.

Supercomputers are great at number crunching to complete extremely complex tasks like weather forecasting, medical research and crypto analysis. With mainframes the focus is more on throughput and reliability. What exactly does that mean? Compared to a supercomputer, mainframes have a lot more inputs and outputs (I/O) because they have to process tons of smaller, simpler transactions extremely quickly.

Even though there is a misconception that mainframes are relics of a old computing era, even today most banks use mainframes to process millions of card swipes and account transfers that occurs daily. The dominant player in the mainframe industry for a very long time is IBM.

Building a mainframe isn’t just a matter of installing a ton of processors in a box, plugging in lots of Ethernet cables and calling it a day. Mainframes use special CPUs, many of which are much larger physically than even big desktop chips. Also, the have additional processors called SAP (System Assistance Processors) that do almost nothing but move data around as quickly as possible, like traffic controllers.

On a modern mainframe like the top-end IBM’s models each individual I/O card, of which there can be a hundred and sixty, has its own processing unit, up to two per channel on the dual channel cards, meaning you could have over 600 processor cores just for I/O, and that’s not even counting the SAPs.

The reason that mainframes are designed to support this much IO is to ensure that they stay reliable. Many of the subsystems inside a mainframe would have redundancies built-in. This means they can be deployed in situations where zero downtime is acceptable, such as the credit-card companies and retailers, as well as airline ticketing systems. In fact a common mainframe operating system IBM’s proprietary z/TPF was originally developed as transaction processing software for airlines.

This high level of redundancy means that it’s common for mainframes to be built in such a way where an administrator can slide out one of the drawers that houses components and simply start swapping them out. Whatever that drawer was working on is automatically transferred over to the rest of the mainframe making it easy to make necessary hardware changes without any downtime. High-end mainframes can run literary thousands of virtual servers, meaning taking down the mainframe could result in a lot of trouble for anyone running services on the mainframe.

Mainframes and their operating systems can cost hundreds of thousands if not millions of dollars. They also aren’t designed to run games or for high-end floating-point performance which is important for rendering graphics. Even so mainframes are still in the background powering lots of things you do every day.