Windows 10 is available in several editions for desktop computers. They are:

As the name suggests the Home version is designed for home environments. The Pro version is designed for businesses and has most of the features needed in a corporate environment. Enterprise is designed for large business and has basically every feature available. The Home and Pro edition can be bought easily online or at most stores that sell software. The enterprise edition is only sold in volume license sets. This means that large businesses buy a large number of licenses from Microsoft at one time. That is the preferred way for Microsoft to sell enterprise edition.

There are hundreds of different features that vary from version to version, and here are some of the them.  The ability to join a domain is not available in the Home version. It is available in Pro and Enterprise edition. Remote Desktop is also not available on the Home edition, while it is available on Pro and Enterprise. By this we mean to be able to connect to a PC that is running Windows 10. The PC receiving the connection will need to be either Pro or Enterprise. So, we can load the Remote Desktop client on Home and connect to a remote PC, but to receive connections we need to be running Pro or Enterprise.

Windows Hello feature requires either one of two pieces of hardware:

If we’d like to use fingerprint for authentication, we will need a fingerprint reader. The other choice is to use facial recognition for authentication. This will require an illuminated infrared camera. These cameras have sensors that allow them to determine the depth of what they’re looking at to prevent someone from authenticating using a photograph of you.

To use some of the secure boot features we’ll need hardware that is compatible with you UEFI version 2.3.1. UEFI stands for Unified Extensible Firmware Interface, an industry standard on how an operating system communicates with firmware.

To get the most out of the speech recognition features of Windows 10, Microsoft recommends using hardware that supports Microphone Array Geometry. This takes input from multiple microphones and tries to distinguish between voice versus background noise. This is recommended but not required.

Finally, to install Client Hyper-V (hyper-visor software) on Windows 10, we will need a processor that supports Second Level Address Translation (SLAT). This is a fairly common feature on the most current generation of processors.

Join Windows 10 to the Domain

6 Things You Must Do When You Get a New PC 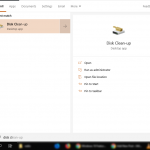 Join Windows 10 to the Domain

6 Things You Must Do When You Get a New PC